Murano's reputation as a center of glassmaking was born during the Republic of Venice. Fearing fire and the destruction of the city, most of whose buildings were made of wood, the Republic ordered the destruction of all the foundries in the city in 12913. This order was accompanied by incentives to build foundries outside the city, and by the end of the 13th century, the glass industry developed on the island of Murano.

Soon the glassmakers were the most influential figures on the island. Towards the 14th century, the glassmakers were allowed to wear swords, enjoyed immunity from prosecution by the State of Venice and took wives from the richest families in Venice. The quid pro quo is important: they are not allowed to leave the Republic. However, many artisans took the risk and built glass furnaces in the surrounding towns, then throughout Europe, as far as England and the Netherlands.

The glassmakers of Murano maintained their monopoly on the manufacture of quality glass for centuries, developing and refining many techniques, such as crystals, enamel, gold thread ornaments, multicolored glass, milk glass (lattimo), and the imitation of precious stones in glass. Today, Murano artisans still use these age-old techniques.

Today, Murano has its own Glass Museum housed in Palazzo Giustiniani. It offers exhibitions on the history of glassmaking and glass samples from Egyptian times to the present.

Many artisans practice Murano techniques in their workshops in the alleys of Venice.

Sort by:
Best sellers Relevance Name, A to Z Name, Z to A Price, low to high Price, high to low
Showing 1-2 of 2 item(s) 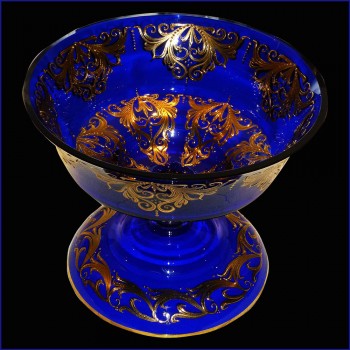 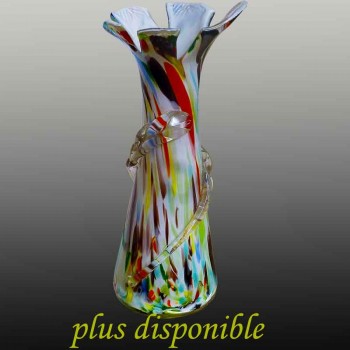