Opal glass is also a style of decorative glass made in France from 1800 to 1890, although it reached its peak during the reign of Napoleon III in the 1850s and 1860s. The glass is opaque or slightly translucent, and can appear either white or brilliantly colored in shades of green, blue, pink, black, lavender and yellow. The glass has a high lead content which defines it as "semi-crystal" or semi-crystal. The main influences on this style of glass were the Venetian milk glass of the 16th century and the English white glass produced in the 18th century in Bristol.

All opal glass is hand blown and has a rough or polished pontil on the bottom. There are no seams or machine engraving. Many pieces of opal glass are decorated with gilding. Some with hand painted flowers or birds. Many have bronze-bronze mounts, rims, hinges or brackets. Real opal glass was only produced in France. In the 20th century, Italy produced a similar glass and called it true opaline.

Most opal glass is not marked or signed.

Portieux Vallerysthal made a lot of robin's egg blue glass which they called Opaline. This was produced later and in much larger quantities and is not as rare or valuable. 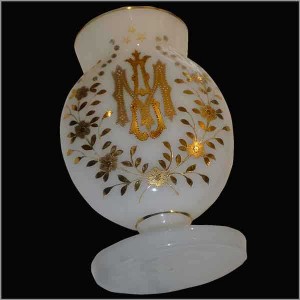 Sort by:
Best sellers Relevance Name, A to Z Name, Z to A Price, low to high Price, high to low
Showing 1-9 of 9 item(s) 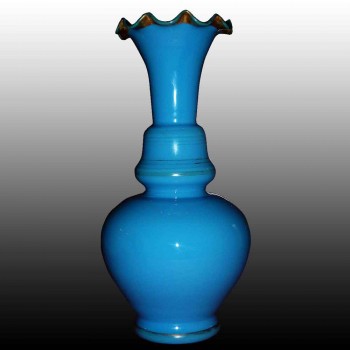 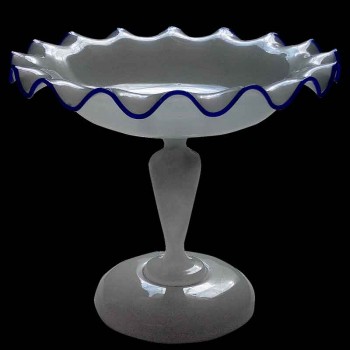 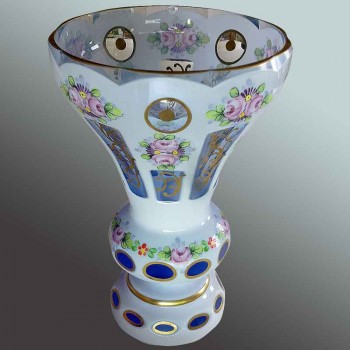 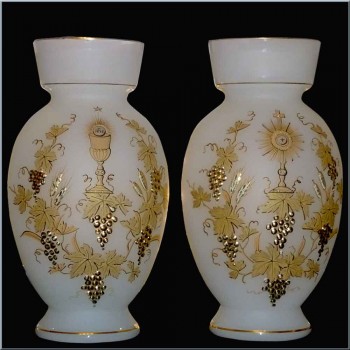 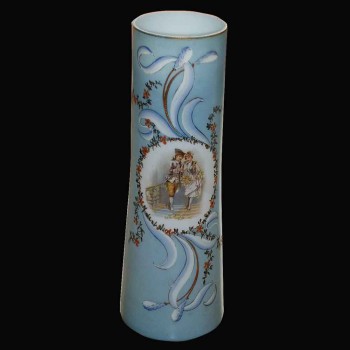 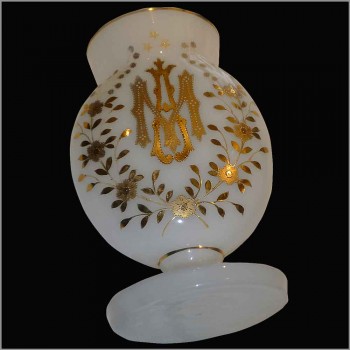 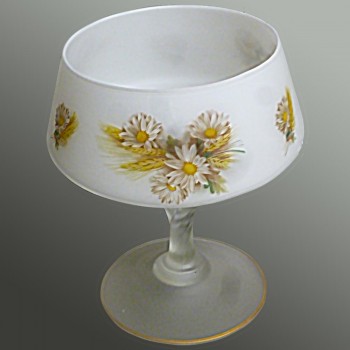 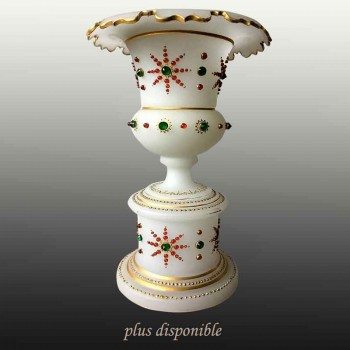 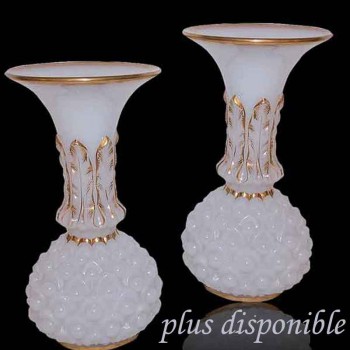 Pair of Baccarat vases from...