The clay is beige, slightly pinkish. However, this is only visible if the piece has been damaged, as the glaze covers the whole piece. The fineness of the pieces must be emphasized.

The Delft glaze is remarkable for the brilliance it gives to the works produced in Delft. In addition, the glaze is particularly hard and does not flake. The surface of the piece is smooth.

The majority of the objects produced in Delft have a white background, usually blue and white. It should also be noted a production of colored backgrounds in particular black, brown, blue turquoise.

If the reputation of Delft ceramics comes largely from the blue decorations, the Delft ceramists frequently used the color in imitation of Asian porcelains and especially for the decorations called Imaris. Thus in Delft, the blue is declined in all its range and we also find green and red.

The decorations are circled, that is to say that they near a fine black line underlining the various painted patterns.

The most famous of the decorations produced in Delft is realized in blue on white ground and is characterized by its overload and its exuberance. It can be flowers, often large peonies, but also scenes of life in the countryside, arms and mottos of a family, seascapes, scenes of gallantry, battles and hunts, often reproducing paintings of small masters.

The imitation of Chinese and Japanese porcelain with notably the Imari decoration in blue, green and red. Some pieces are embellished with gold.

The tiles in faience are a specialty of Delft. They were intended for the decoration of the walls and their decoration is in blue camaieu. The oval and rectangular tiles were made between 1650 and 1680.

Delft is probably the origin of the taste for ceramics and blue art in a large part of Europe. The Delft producers supplanted the Italian majolica and made an important mark on the art of ceramics. 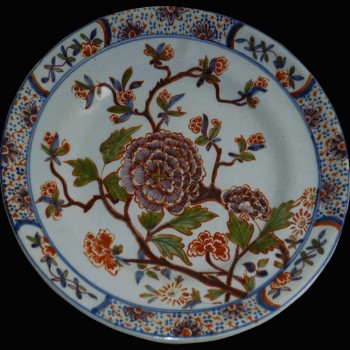 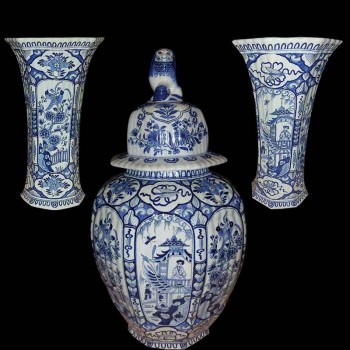 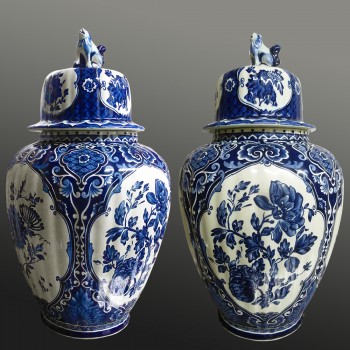 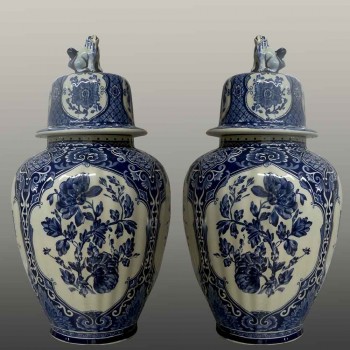 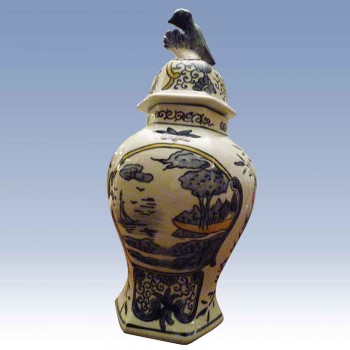 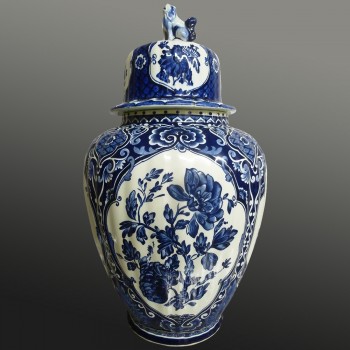 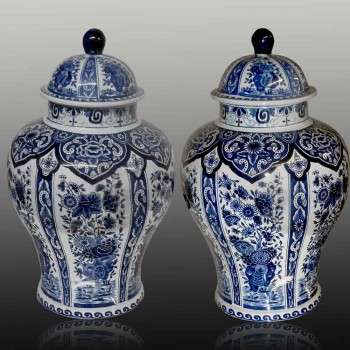 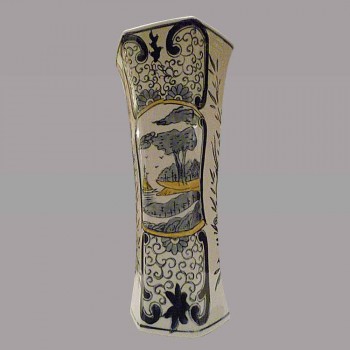 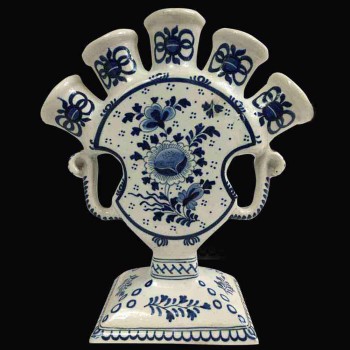 Room of the Painters... 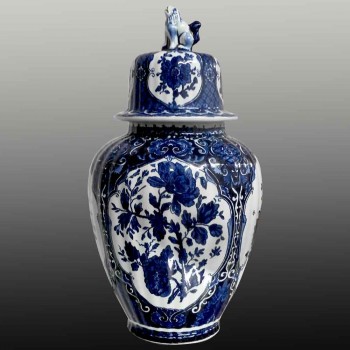 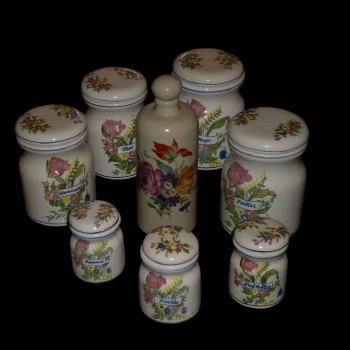